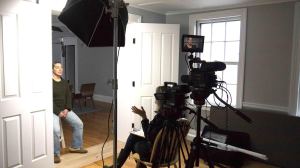 Join us to learn more about a new documentary film on body image and the hidden world of eating disorders:

• Hear more about the film and how you can help support its production.

• Hear from those affected by eating disorders and get a sneak peak of clips from the upcoming film!

Wine and light hors d’oeuvres will be served.

This NEW feature-length film focuses on the lives of women, girls and boys caught in the downward spiral of eating disorders and their struggle to regain a sense of self-compassion and healing. The documentary addresses body image; a lack of connection with one’s physical and emotional being; and the need to delve deep within one’s self to find the systemic triggers of this disease .

The film began shooting in January of 2015 and will tour the state in the spring of 2016.

About the Filmmaker: Bess O’Brien has been making films for twenty years, including The Hungry Heart on prescription drug addiction in Vermont; Ask Us Who We Are, a powerful documentary about foster care in Vermont; Journey into Courage about domestic violence survivors, and the acclaimed feature film Shout it Out based on the lives of Vermont teens. Bess O’Brien co-founded Kingdom County Productions with her husband Jay Craven in 1990.